■ The source of life, food as seen through water

By the way, it wouldn’t be an over-exaggeration to say that the most significant blessing of high-quality water can be found in food. For the Kumamoto area, which also serves as a major agricultural production area, the benefits that the groundwater brings to food is undeniable. It is a common perception among people involved in agriculture that good water is indispensable to produce good crops. And Kumamoto is one place where there is no lack of good water, but what makes Kumamoto special is that instead of water from the river, many farmers mainly utilize Kumamoto’s groundwater.

In Kumamoto, many crops boast top-class production rates in Japan. Among them, watermelons and tomatoes are exceptional in terms of market size and presence. Also, so-called traditional vegetables and rare local vegetables such as the “Aso Takana”, characterized by its spicy mustard-like taste, and “Hitomoji”, a kind of leek with a strong sweetness, still remain. Although the production is limited, these important ingredients that color the table of Kumamoto’s local cuisine remain thanks to traditions maintained in daily life. But in Kumamoto, there is so much more. Fruit trees such as mandarins, beef cattle, and dairy cattle livestock, an active fishing industry that utilizes the fact that Kumamoto faces three different seas, each with unique characteristics. Thanks to this, Kumamoto is recognized and respected as a source of high-quality ingredients. 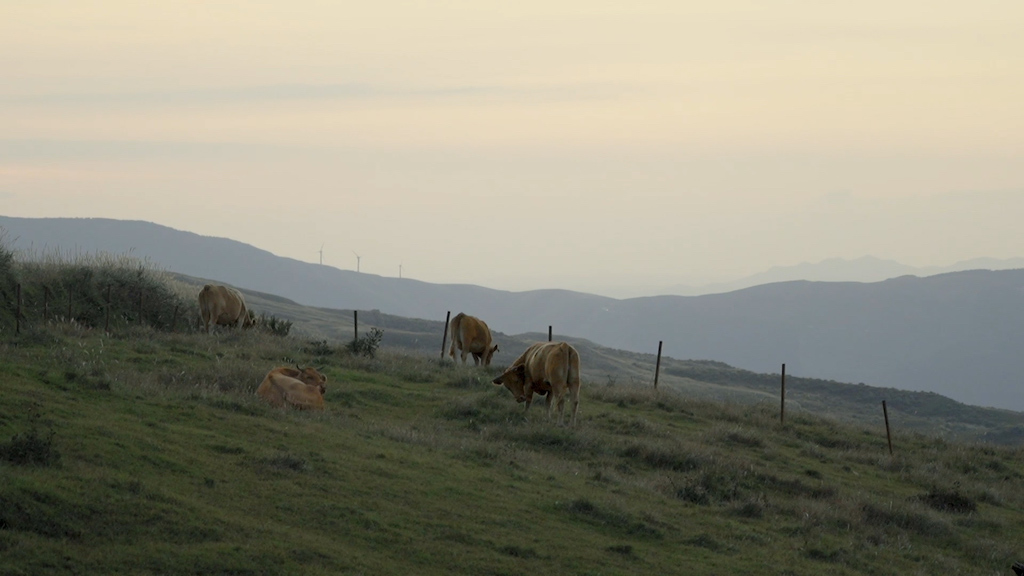 The flourishing agriculture of Kumamoto is not one-sidedly supported by the abundant water resources but is also an invaluable entity that protects these water resources. For example, crops and paddy fields draw in groundwater that has emerged and turned into rivers, they play a vital role in guiding water back underground to recharge the water reserves. Also, the grass-fed cow called Akaushi, a specialty of Kumamoto, is grazed on, and in return maintains the vast grasslands of Aso. These grasslands also serve as a critical recharge area that feeds water underground. In this way, a cycle is born where the land supports the people and the people support the lands. Among the rain that falls on Kumamoto, one third evaporates, one third turns into rivers, and one third becomes groundwater. In total it amounts to an astonishing 600 million cubic meters per year. Twice the average of the world.

Through this article, Kumamoto’s water might have been described as a never-ending flow but in reality, this is far from the truth. Compared to the past, the population has increased exponentially in modern times which also increases the demand for water. This puts pressure on recharge areas that get drained at a higher pace, all while urban development turns grasslands and forests into asphalt further limiting recharge potential. Furthermore, Japan is also struggling with an aging population that leaves farmlands abandoned. To deal with this reality, various groundwater conservation efforts are being carried out in Kumamoto, these activities were recognized in 2013 and awarded with the “Water for Life” prize.

What I want to convey here is not a difficult explanation about the intricate principles of water conservation. But something much simpler, when we enjoy Kumamoto’s food, that simple action plays a vital role in protecting the precious resource that is Kumamoto’s groundwater. This city where you can feel the prosperity of the primary sector through its overwhelming number of cheap local restaurants. For every few steps, you will pass by restaurants, izakayas, taverns, bars, all passionate about local production and ingredients. Exploring this culinary world will support Kumamoto’s agriculture and thus contribute to conserving Kumamoto’s groundwater.

■ The essence of the land – A journey searching for hidden values 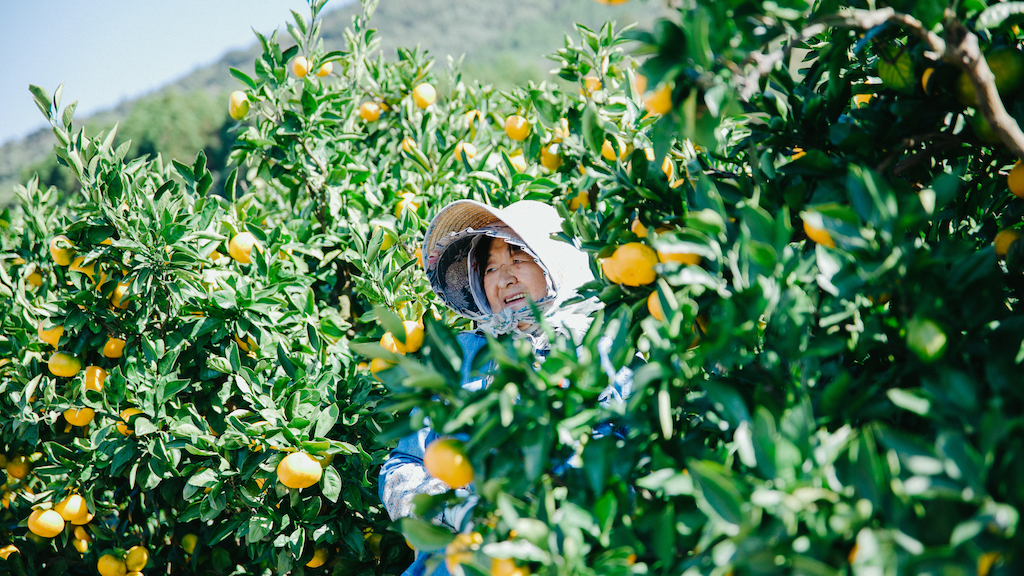 If you want to truly experience the essence and heart of Kumamoto’s food, I would recommend visiting any of the beautiful farmlands around Kumamoto. As these areas often are rural and hard to access, especially with limited Japanese abilities, the hurdle might seem high. But if you have the chance to go with a guide or have a friend who can bring you, don’t hesitate! It will be a chance to discover new values and touch at the true essence of Kumamoto and life in rural Japan.

The Kumamoto area is vast, and even if Kumamoto is largely known as a land of agriculture, that is only the beginning. There is a magnificent nature that will make even Japanese people feel like they are in a foreign country, there are mountains more or less completely covered in mandarin fields, and many other places that will provide stimulating experiences for travelers. In this unique environment, I met people who live their lives by facing the water and the soil, who live in unison with nature, and by interacting with them, I felt like I was able to touch the essence of what makes Kumamoto prosper. Coming in contact with their lives that are so closely intertwined with water made me see this ordinary liquid that we unthinkingly interact with daily in a new light, as the crucial component for life that it is, a miracle called water. 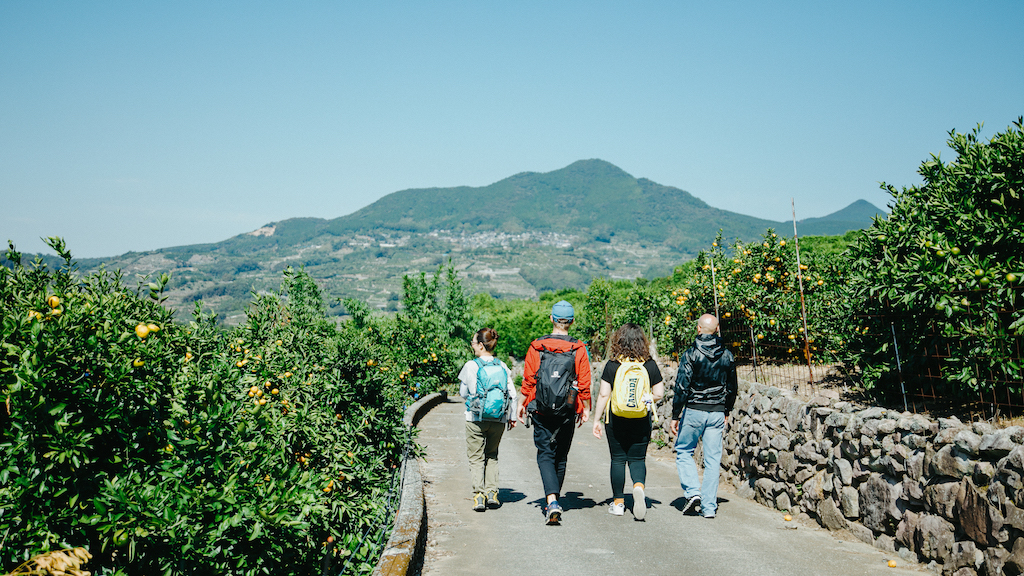 In this article we have dived into an invisible but constantly present story about Kumamoto, a story about Kumamoto understood through its invaluable groundwater. A journey of water. Japanese ‘culture’ and ‘tradition’ might seem like unequivocal words, but in reality, every part of Japan is different and has its own story shaped by the properties of the land. What if you could come in contact with this ‘distinction’, this essence that gives birth to diversity? What if you could go on such a journey?

If that was possible, wouldn’t your journey become a deeper, and even more meaningful experience?

I won’t imply that you can understand everything about Kumamoto only from the perspective of the water. But still, I hope, that as a hint for your travels, this unique groundwater system that slowly has been shaped by the joint workings of nature and humans to finally seep into the hearts of people and shape a culture, this story, a story about the journey of water, will remain in your mind. And if I can be greedy, I hope this story will help you understand the depth and appreciate the splendor of my favorite place in Japan, the land of fire and water, Kumamoto.

THE TALE OF WATER 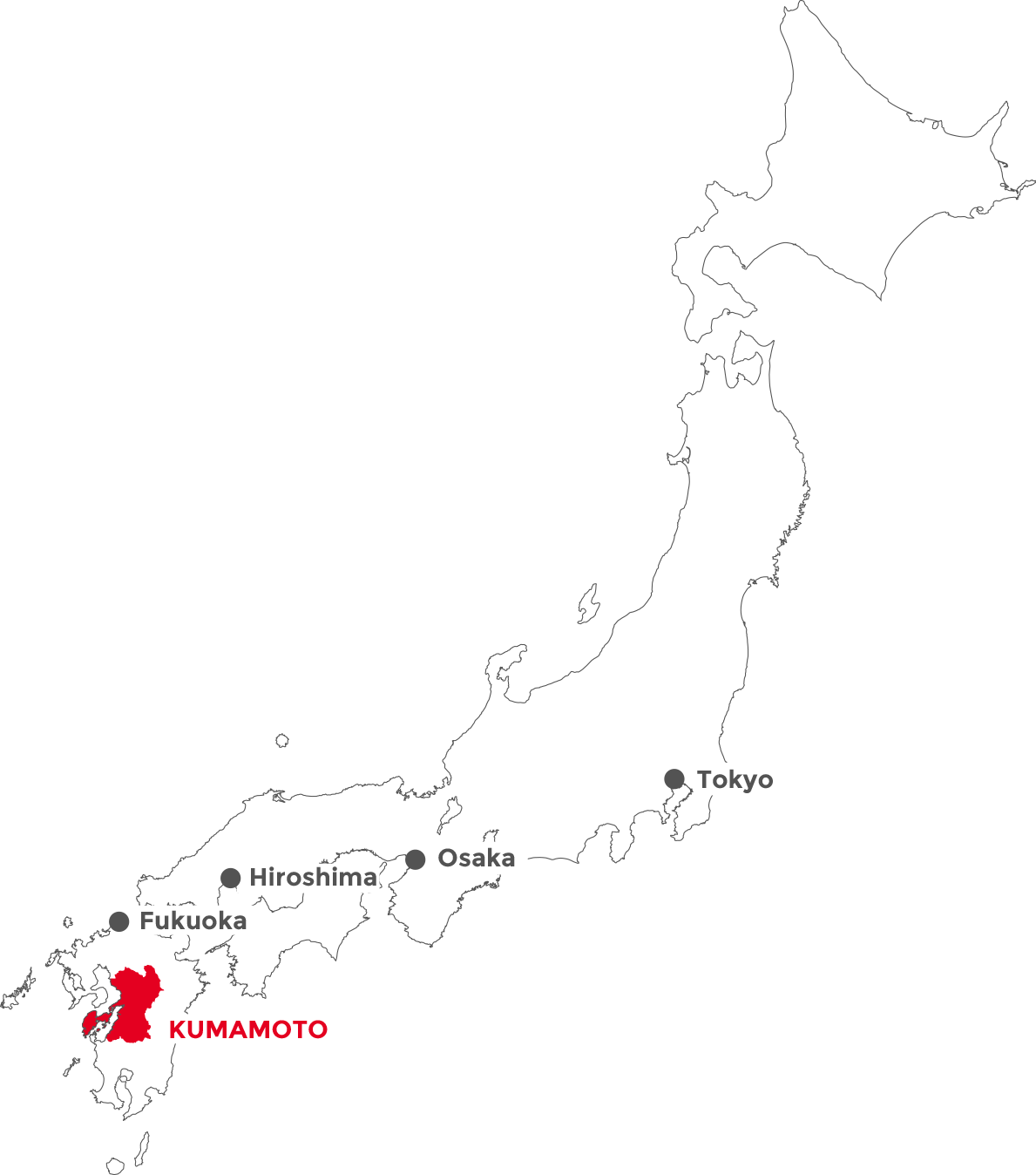 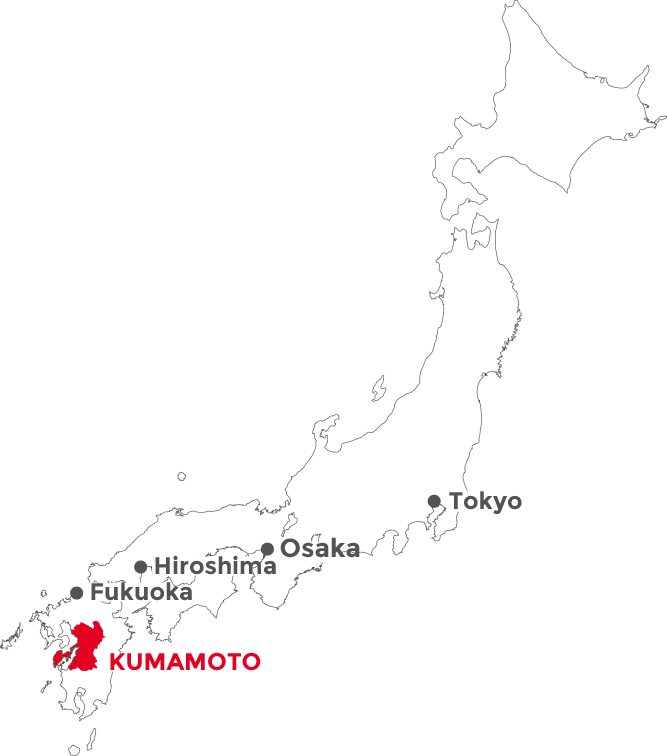 Kumamoto is one of the major Prefectures in the southwest part of Japan known as Kyushu. Amongst its splendors is the breath-taking volcanic caldera Aso, one of the most beautiful castles in Japan named Kumamoto castle, the great dolphin habitat Amakusa facing the South China Sea, the WTO designated production area for the distilled rice liquor Kuma Jouchu and many other versatile and stimulating places found nowhere else in Japan.